A Tide Change for Business Sellers? 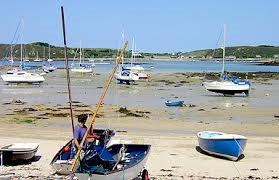 For the past several years, conditions have been “ideal” for prospective business sellers, but the “tide” may be changing soon.  Cheap debt and elevated use of leverage have pushed prices to record multiple levels which have remained on a steady plateau.  But recent statements by Fed Chair Janet Yellen indicate that the Federal Reserve will raise interest rates later this year, in which case these elevated multiples will likely not last.

The average equity contribution in deal financing has declined steadily over the past two years, and debt multiples have increased.  After remaining in the 3.4 – 3.5 x range from 2011-2013, average total debt rose to 3.8x last year and in the first 6 months of the current year, the multiple has continued to rise to 4.0x.  When debt multiples rise, buyers must ensure the companies they purchase have sufficient earnings to service higher debt loads.  As a result, they end up paying higher prices for the companies they purchase, companies with steady cash flow, limited capital investment requirements and potential for at least modest future growth and improvement.

Competition for acquiring “best in class” businesses has been stiff between strategic and financial buyers alike, especially so with companies in the $10 million plus EBITDA range.  With a coming change in the debt markets, some theorize that although the competition will still exist, financial buyers may be better poised to continue buying at these near record levels, at least for the near term.

In all likelihood, we won’t be able to predict the timing on condition change in valuation and debt support.  Just know that there is only one direction in which it can move.