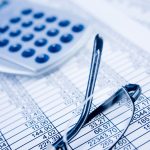 In response to the U.S. economic challenges associated with the coronavirus pandemic, the Coronavirus Aid, Relief, and Economic Security Act (CARES Act) was enacted on March 27, 2020. Section 1102 of the CARES Act established the Paycheck Protection Program (PPP) whereby federal guaranteed loans were made to businesses with not more than 500 employees, as well as nonprofit organizations, veterans organizations, tribal concerns, and self-employed individuals.

On April 30, the Internal Revenue Service released Notice 2020-32. Basically, the notice provides that, to the extent of the loan forgiveness, expenses paid from proceeds of the PPP loan are not deductible. The reason why the pertinent deductions are not allowed is due to the application of IRC Section 265, which essentially states that expenses allocable to tax-exempt income are not deductible.

The House of Representatives passed the Health and Economic Recovery Omnibus Emergency Solutions Act (HEROES Act) on May 15; however, the bill was not well received by the Senate. Included in the HEROES Act was language that allowed expenses paid from the proceeds of a PPP loan to be deducted even if the loan is forgiven. It is worth noting that in early May, the Senate introduced the Small Business Expense Protection Act of 2020, which includes a provision that expenses paid from proceeds of a PPP loan can be deducted even with loan forgiveness. That bill was not approved by the Senate. Based on the foregoing proposed legislation, it appears that Congress intended to allow the expenses paid from proceeds of forgiven loans to be deductible.

In early October, a revised version of the HEROES Act was passed by the House of Representatives, which again included the allowance of deductions paid from PPP loan proceeds even with loan forgiveness. On November 18, the Internal Revenue Service issued Revenue Ruling 2020-27 and then supplemented it with Revenue Procedure 2020-51. Again, the position of the IRS is that the pertinent expenses, to the extent of loan forgiveness, are not deductible.

Here is an illustration which highlights the tax reporting issue: Assume there is a C corporation taxpayer that has a tax year which ends on August 31. The corporation taxpayer took out the PPP loan in late June and the covered period based on 24 weeks has not expired at the end of August. The loan is still outstanding on August 31 and the corporation taxpayer has not yet filed the loan forgiveness application. The Federal income tax return is due by December 15. If the return is going to be filed timely by December 15, should the expenses paid with loan proceeds be deducted? This is a situation where it is probably best to extend the return and wait to see if a portion or the entire loan amount will be forgiven. However, enough tax needs to be paid with the extension to avoid an underpayment penalty plus interest when the return is filed. It seems prudent for the extension payment to be determined based on the assumption that the pertinent expenses will not be deductible due to anticipated PPP loan forgiveness.

There will probably be a substantial number of business-related taxpayers, with a calendar tax year, filing extensions in 2021 to see if legislation passes and clears up this tax deduction issue associated with PPP loan forgiveness.